Bird migration remains one of nature’s enthralling wonders, which has piqued the research interest of many birders worldwide. Recently a group of researchers from the University of Colombo, Sri Lanka, was able to successfully track the full migration cycle of a Heuglin’s gull, “Manike”, using satellite tagging technology. This marked a major breakthrough in migratory studies of bird species.

Nearly a year back, in early April 2021, a group of Sri Lankan researchers from the University of Colombo, Faculty of Science, led by Prof. Sampath Seneviratne and Research Associate Miss. Gayomini Panagoda, tagged this bird at Mannar (in the North Western part of Sri Lanka). It is one of the first tagged large gulls in South Asia. After being tagged, she embarked on her northward journey in late April. The bird was tracked using GPS technology. After crossing the Ural Mountains and entering European Russia, she ultimately reached her nesting site in the Yamal Peninsula.  Residing there until the end of August, she then turned to head back south.

Marking the completion of a 19,360 km long trip, Manike safely arrived back in Mannar on the 4th November; 06 months and 09 days after her departure. She thus became the first bird tagged in Sri Lanka to complete a full migration cycle.

Based on GPS data, Manike spent about 05 weeks in her northbound flight, covering a distance of 7,880 km. Her return trip was slower. On her way back she flew 11,480 km for a span of 13 weeks. The total distance of her journey adds up to nearly twenty thousand kilometers; 19,360km to be precise.

An established route followed by migratory birds is known as a flyway. Out of 08 major global migratory flyways identified thus far, the Central Asian flyway remains the least studied, mostly encompassing developing nations with limited resources. It is the corridor used by birds traveling between the arctic and the Indian ocean. Sri Lanka is the last land mass on the route’s southern end and therefore poses an important destination.

Known to breed in the arctic region of Northern Russia, Manike represents a migratory bird species that covers the full range of the Central Asian flyway. These relatively large, white-headed gulls visit the north-western and northern coastal regions of Sri Lanka during the migratory season. It belongs to the family of Lesser black-backed gulls (Larus fuscus), whose migration and breeding destinations are not yet clearly defined.

Manike’s journey, revealed with the help of novel technology and the meritorious efforts of the research team led by Prof. Sampath Seneviratne, thus marked a milestone in migratory bird research. The data gathered will be instrumental in filling research gaps related to defining the migratory flyways.

Each year, numerous bird species travel across the globe, following their own mysterious, yet nearly consistent patterns of flight. This is done in order to escape the harsh winter in their breeding grounds and reach warmer sites, with ample food. While this journey is critical for the survival of the species, bird migration to humans brings about various ecological and economic benefits. Their perilous journeys have never ceased to astound humans. Recent technology in the form of satellite tags has come in handy to observe how these small creatures triumph over such strenuous journeys, and study the routes they take. This technology permits tracking a bird in real-time. Since it does not pose any harm or threat to the bird, it is an eco-friendly, invaluable means of unraveling the mysterious journeys of migratory birds. This knowledge will support the necessary conservation efforts essential to safeguard these bird species, and eventually ensure safe and healthy ecosystems for all forms of life.

More information about the project:

This study is a collaborative study led by Prof. Sampath Seneviratne serving as the Principal Investigator, while Ms. Gayomini Panagoda works as the main Research Associate, conducting her PhD studies under this project. The technical partnership is between the Field Ornithology Group of Sri Lanka (FOGSL) of the Department of Zoology, University of Colombo, led by emeritus Prof. Sarath Kotagama and the Research Center for Eco-Environmental Sciences of Chinese Academy of Sciences, headed by Prof. Lei Cao and her team. The work is primarily funded by the Palmyrah House (Pvt) Ltd. and the Vayu Resort, Mannar. Wetlands International is also a partner of this study. The Department of Wildlife Conservation and Sri Lanka Navy are also providing much needed assistance through permits and site clearance, to carry out the research work without any disruption 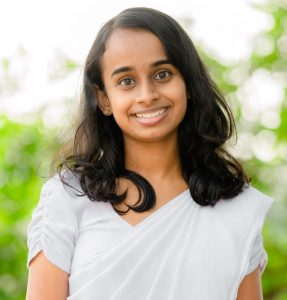