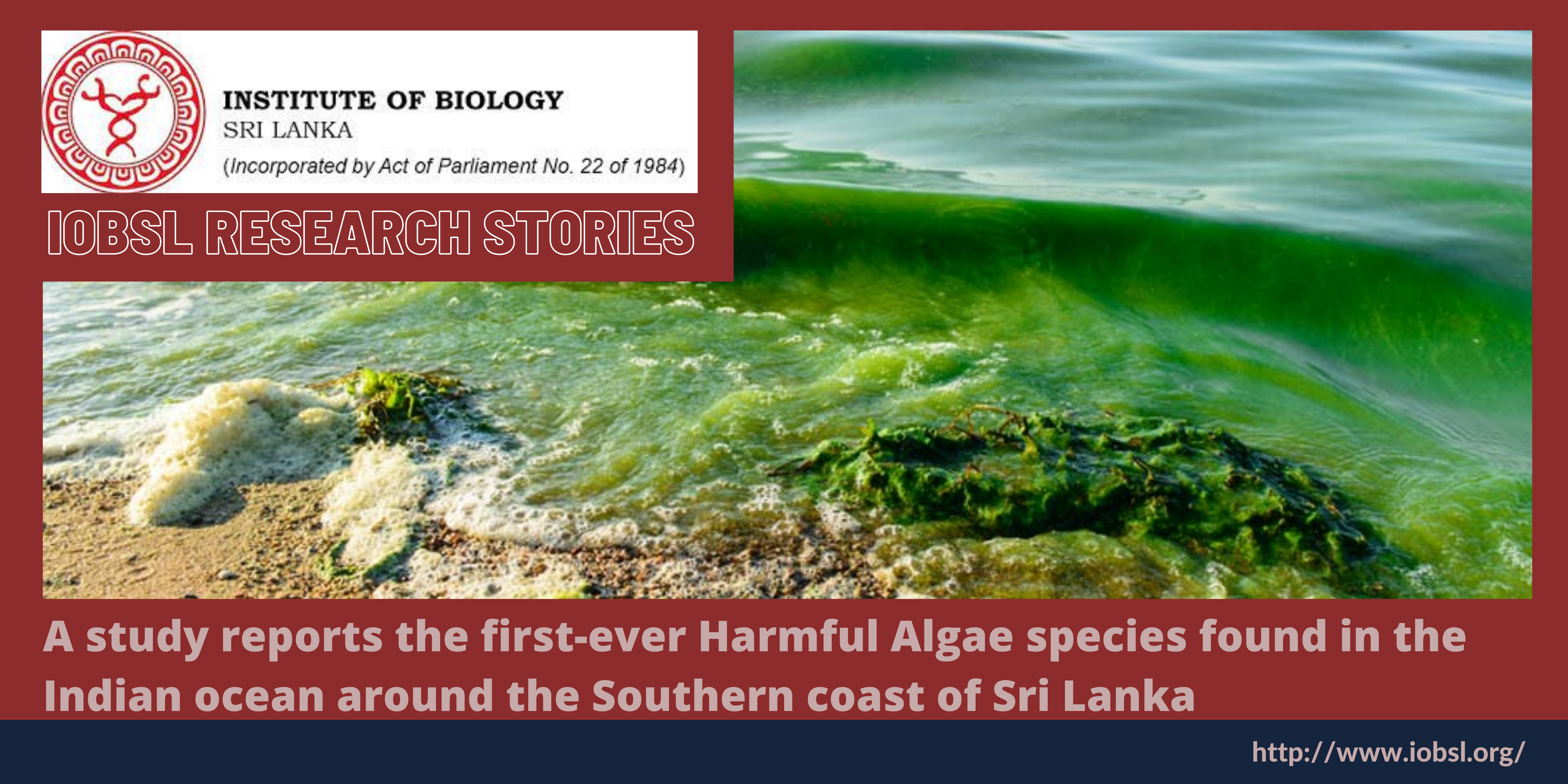 Harmful algae (HAs) can cause human health issues and affect human wellbeing, mainly through their impacts on coastal ecosystem services (Recreation, leisure activities and fishery industry), marine biodiversity and environment. However, there are only a handful of studies carried out on Harmful Algae in Sri Lanka.

“In the Sri Lankan context, compared to freshwater phytoplankton, studies on marine plankton remain unnoticed, and even the existing marine studies are mainly focused on the diversity and abundance of plankton,” mentions Prof Deepthi Wickramasinghe, a Professor in Zoology and Environment Sciences, University of Colombo, one of the main authors of the research publication.

As the study highlighted the anthropogenic activities from prospective influxes of diverse physicochemical and biological elements from the inland through several small-scale rivers have a substantial impact on all stations. Furthermore, the proximity of fisheries harbors may have an impact on water quality due to increasing human activity. Another important discovery of the study was some potentially dangerous algae were shown to be strongly connected with turbidity and total phosphorus content in the sea, which could be attributed to anthropogenic activities. Thus, the authors emphasize that the monitoring water quality is critical for determining the ecological health of coasts and determining whether there is a link between physicochemical factors and the prevalence and density of microalgae.

However, there are a number of study gaps, including a lack of knowledge on microalgae species profile and dispersal through time and space, as well as toxicity evaluation, all of which obstruct the identification and assessment of HA risk in the coastal zone. And also, because Sri Lanka is strategically placed in the Indian Ocean, the risk of HA spreading to other regions of the ocean cannot be overlooked.  This research lays the groundwork for HA research in the southern region, paving the way for additional in-depth research in the future, emphasizing that the adequate long-term monitoring, risk assessment, and management are becoming more critical.