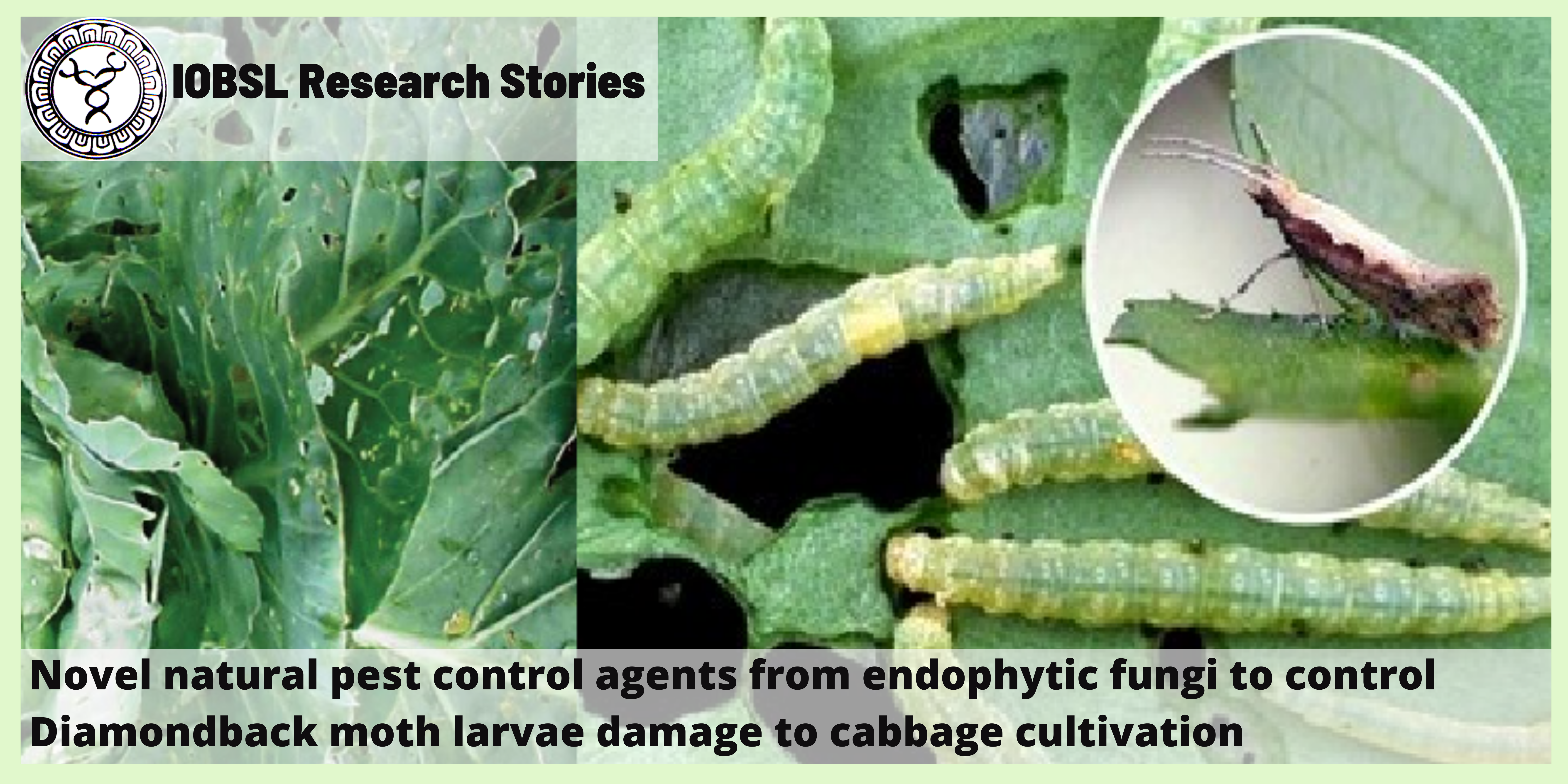 For the first time in the world a groundbreaking discovery on a method for controlling Diamondback moths (a common cabbage pest), using some natural compounds isolated from an endophytic fungus, was made by a research team in Sri Lanka led by an enthusiastic researcher, Professor Pamoda Ratnaweera, attached to the Department of Science and Technology, Faculty of Applied Sciences, Uva Wellassa University of Sri-Lanka.

Cabbage is one of the important leafy vegetable crops widely grown in the world including Sri-Lanka. But over the past two decades, the world is struggling to produce a good harvest due to the Diamondback moth pest attack. The continuous application of chemical pesticides had been causing environmental pollution while making it difficult to control the larvae in a cost-effective manner due to the development of resistant pest strains. Therefore, countries like Sri-Lanka are facing huge economic losses (US $ 1 681 260) every year due to pest management. Hence, the scientists are eagerly looking for alternative natural methods to overcome this situation. As a result, the development of biopesticides from plants, microorganisms and other resources came to a reality as an attractive alternative to synthetic chemical insecticides.

The current investigation was conducted at the laboratories of Department of Science and Technology, Faculty of Applied Sciences, Uva Wellassa University in collaboration with Horticultural Crop Research and Development Institute, Gannoruwa and Department of Chemistry, University of British Columbia, Canada. In this study the isolation of endophytic fungi, which is a group of sparsely investigated fungal species, were isolated from an underutilized plant species, Cyperus iria. Isolated endophytic fungi were identified using molecular techniques and DNA sequencing methods. The chemical compounds synthesized by these fungi were extracted into ethyl acetate and the antifeedant activity of the crude material was investigated against the DBM larvae. Out of the endophytic fungi isolated the D. miriciae fungus has shown the best antifeedant activity. Thus, the chemical compounds responsible for this activity were isolated using some bioassay guided chromatographic techniques. Finally, the structures of the isolated bioactive compounds have been determined using Mass and NMR spectroscopic methods. Phyllostine acetate has been isolated for the first time from a natural source while both main compounds, phyllostine acetate and phyllostine have shown potent antifeedant, oviposition deterrent and insecticidal (contact toxicity) activities against DBM.

Moreover, the research team has reported that the cabbage leaves are safe for human consumption after the post-harvest washing because washing of leaves effectively removes the compounds from the leaf surfaces.

This is the first report of the antifeedant, insecticidal and oviposition deterrent effects of these naturally isolated compounds of endophytic fungi. The investigators have further reported that because of the relatively simple structures of the two compounds, they can be easily synthesized in the laboratory to ensure further supplies. However, there is a need for further investigations to find the full potential and impact of these compounds on beneficial field organisms, human health concerns and environmental safety. Moreover, this study will also encourage the researchers to study and investigate endophytic fungi of the family Cyperacea, an underutilized resource, for the development of natural pest control agents.

Patent No. 21424, (November 2020). A method for isolating phyllostine acetate and analogs from the fungus Diaporthe miriciae, its composition, and its applications for the control of the agricultural insect pest Plutella xylostella. Date of publication in the government gazette (SL) 03.09.2021.

Previous Post BIO-NEWS, January 2022: Volume 2, Issue 1: Quarterly e-newsletter of the Institute of Biology, Sri Lanka
Next Post A fast and less expensive method for the surveillance of SARS-CoV-2 variants